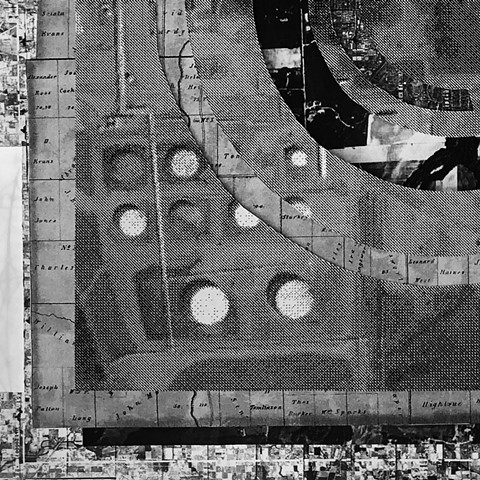 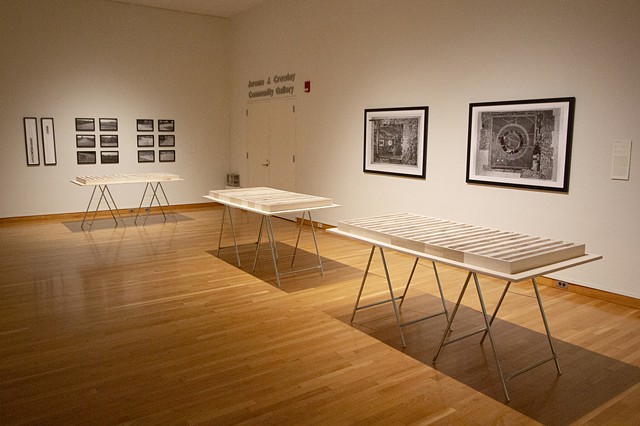 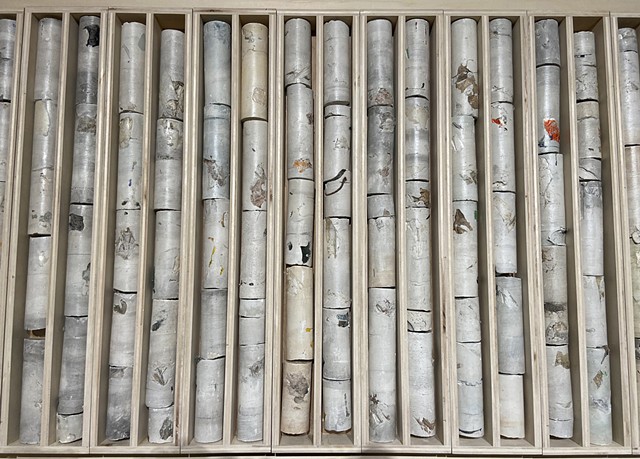 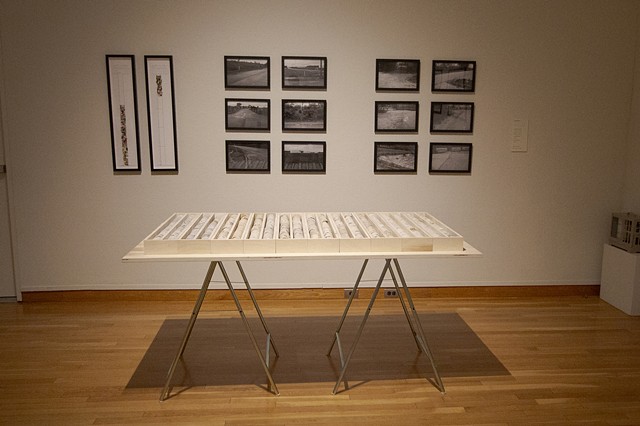 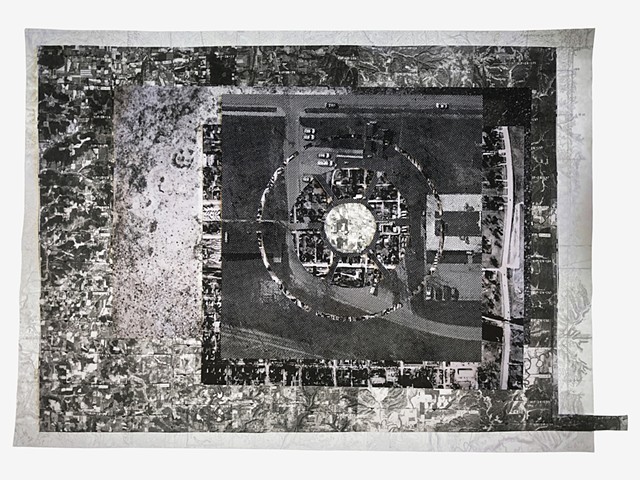 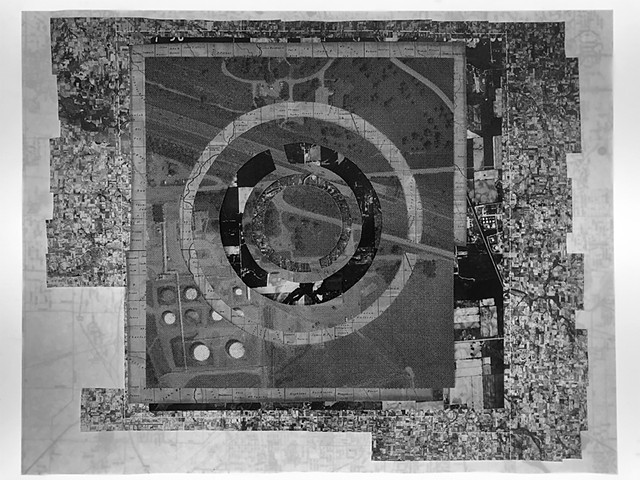 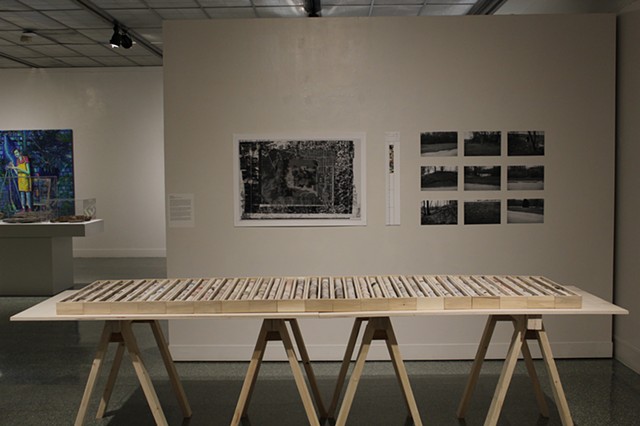 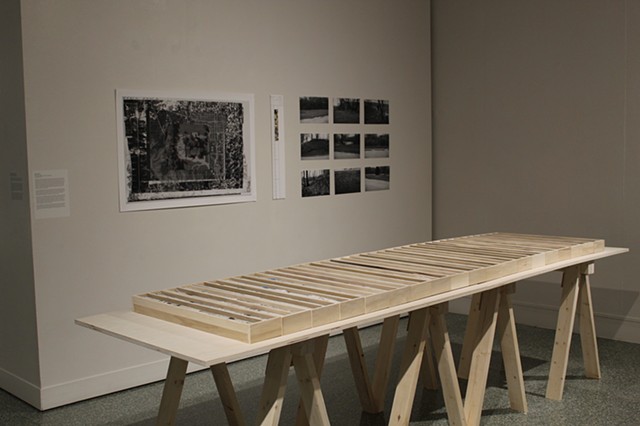 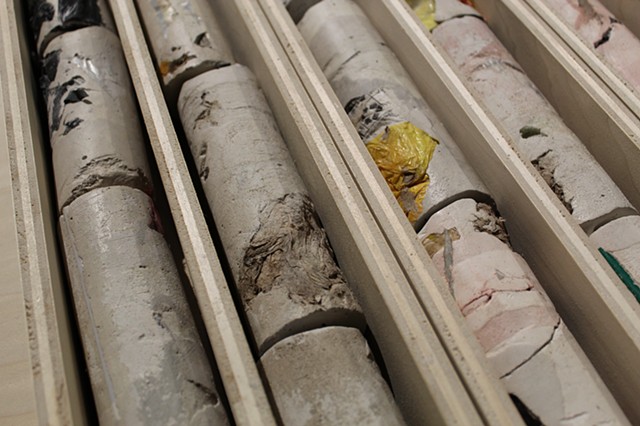 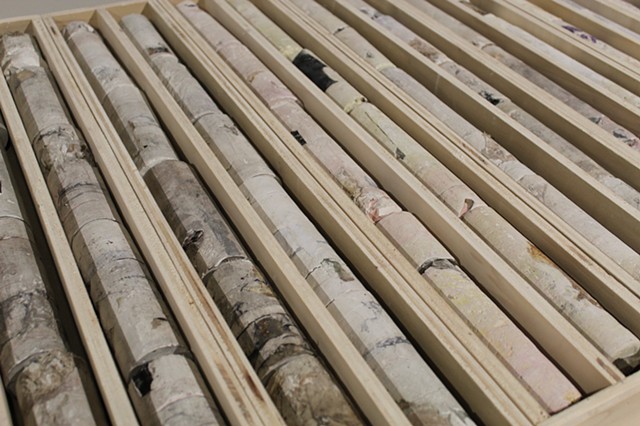 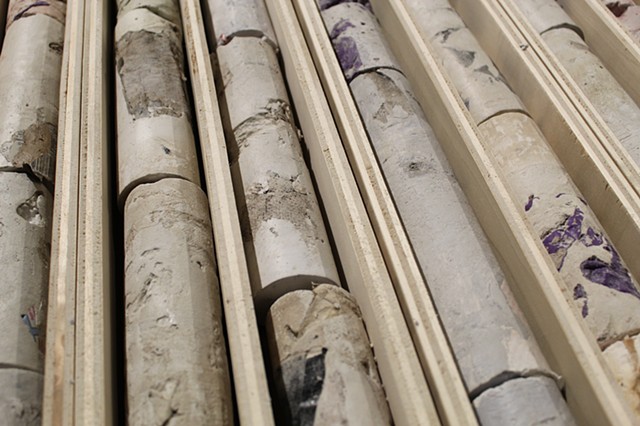 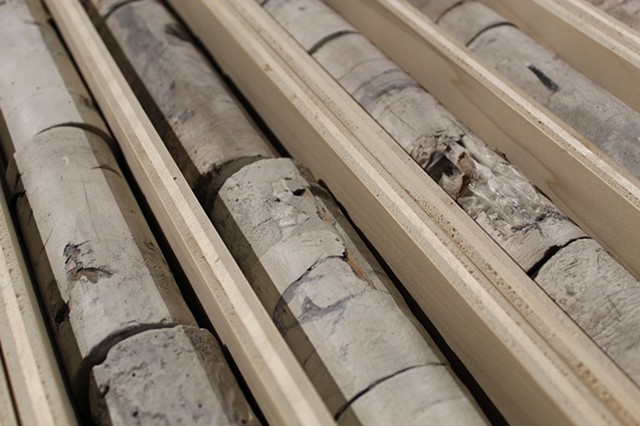 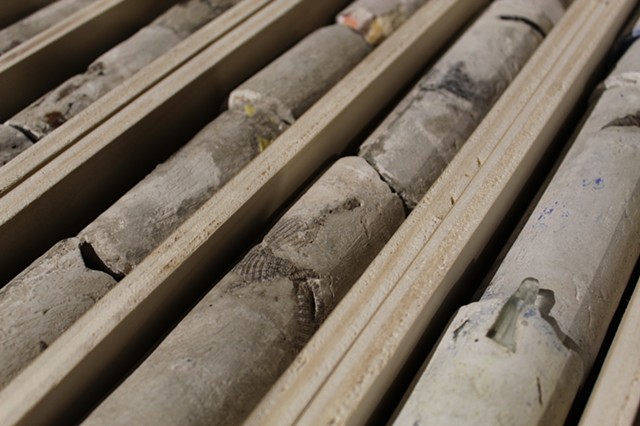 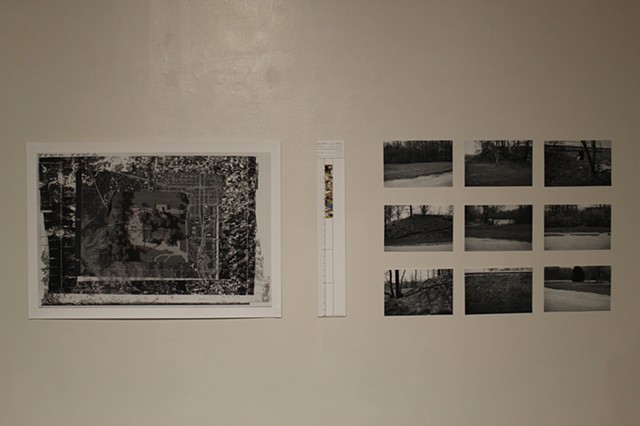 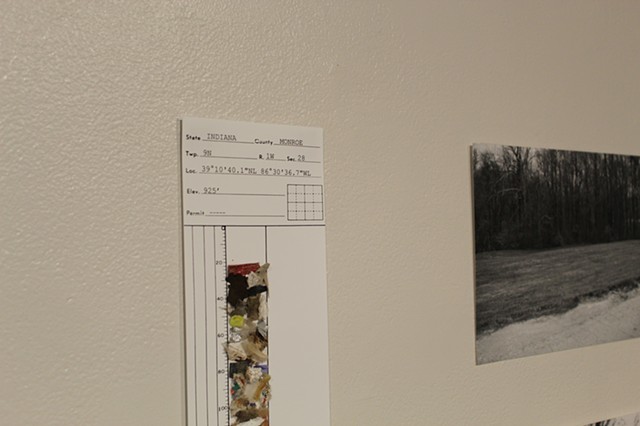 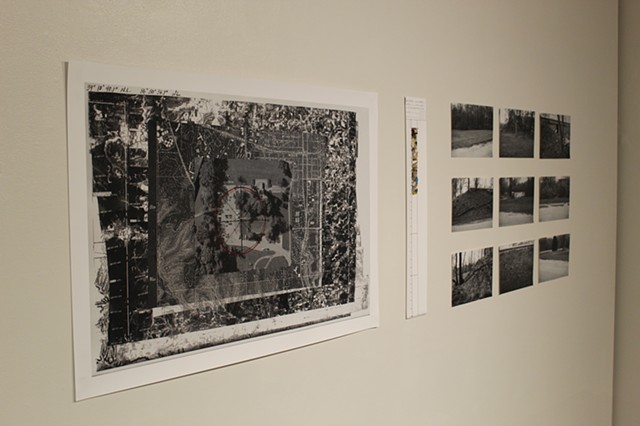 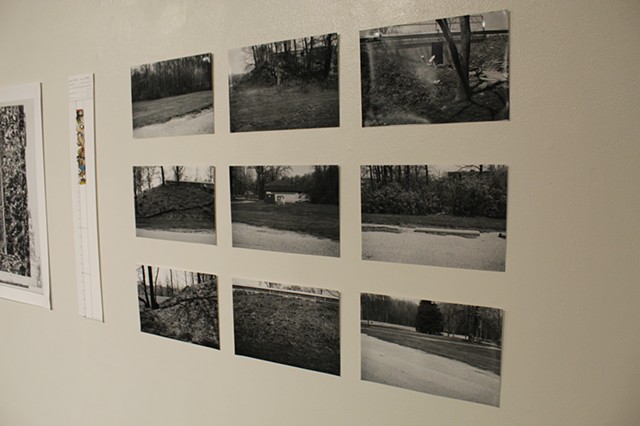 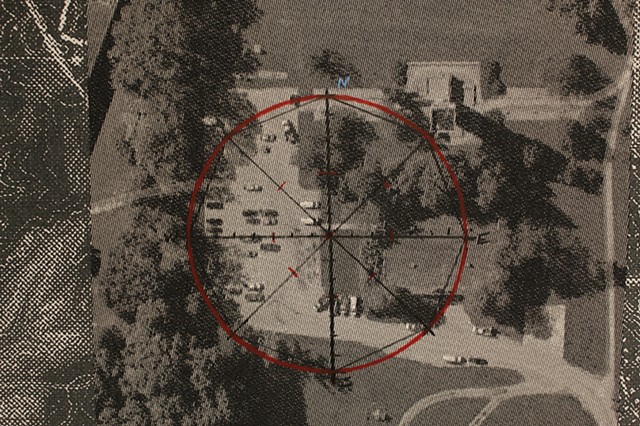 The elements that coalesce to create land extend beyond our daily experience of time, our entire lives, and in many cases humanity. This time scale, or ‘deep time,’ is imperceptible except through symptomatic evidence that encapsulates the result of hundreds or thousands of years of cumulative, glacially slow activity. One such example is geological core samples. These cylindrical extractions of bedrock that contain cross sections of rock and mineral that can extend hundreds of feet beneath the earth’s surface. When viewed as such, one can see layers of sediment, surprising and vivid color gradations and patterns, and contrasting textures otherwise concealed beneath the ground. They suggest permanence where long sections remain intact articulating their immense density, and fragility where shale has crumbled or hairline fractures make them appear glued together like a broken vase. Each sample is like an unrolled scroll, its full text sealed within.

Shallow Cores is a re-visitation of the sites where core samples have been taken in Indiana. I visited the precise coordinates from where the samples were extracted, then traversed the surrounding area in concentric circles collecting all traces of human presence. Every measured foot of the core, is a one-foot radius from the site. The collected detritus then became aggregate in creating objects that quantify human presence at these sites. Shallow Cores therefore imposes the material of the day-to-day on a visual form associated with deep time. It translates a site that functions to study the distant and hidden history, to one that indexes the recent past.