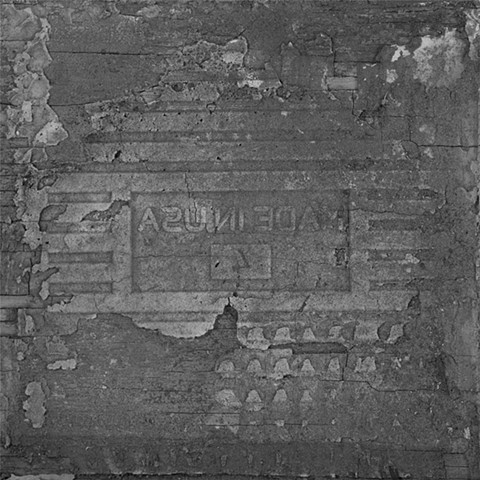 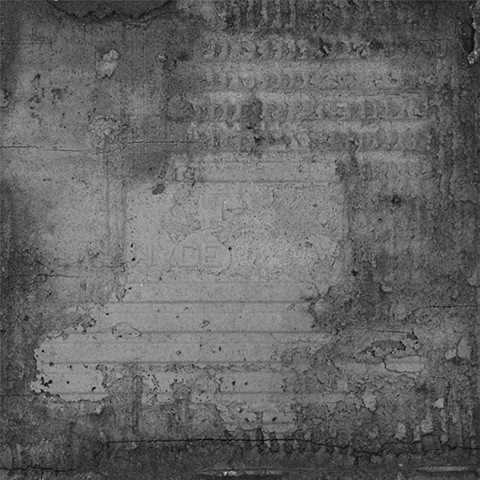 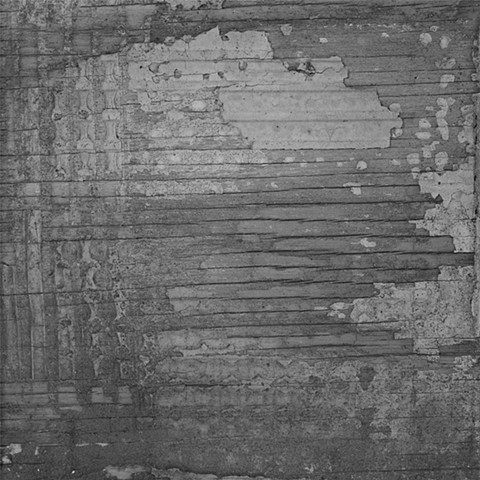 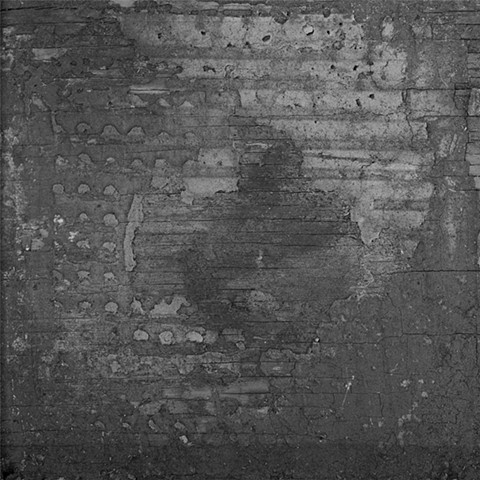 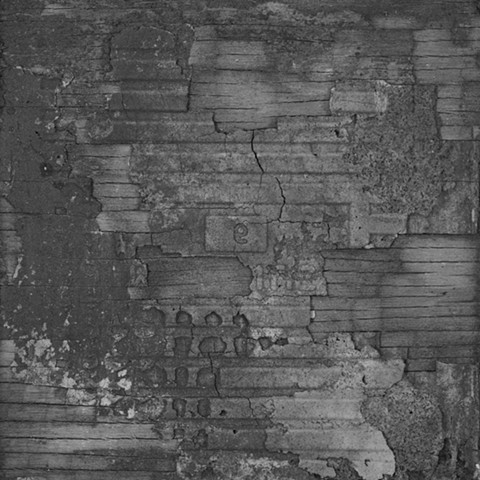 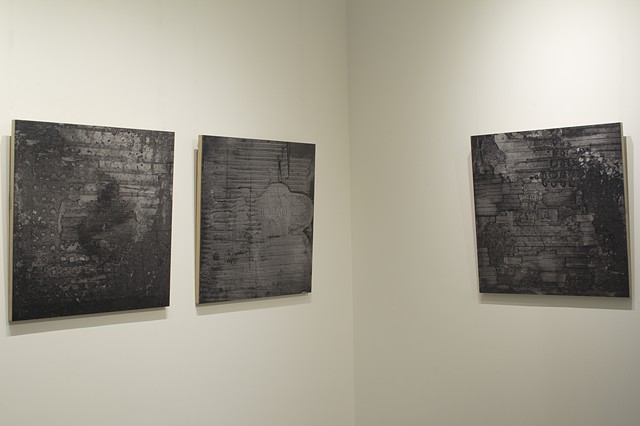 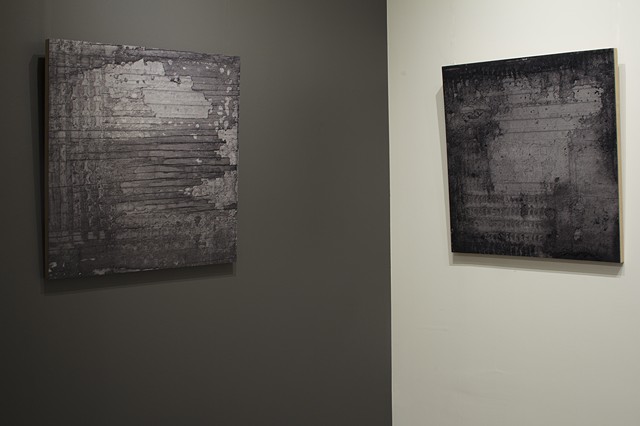 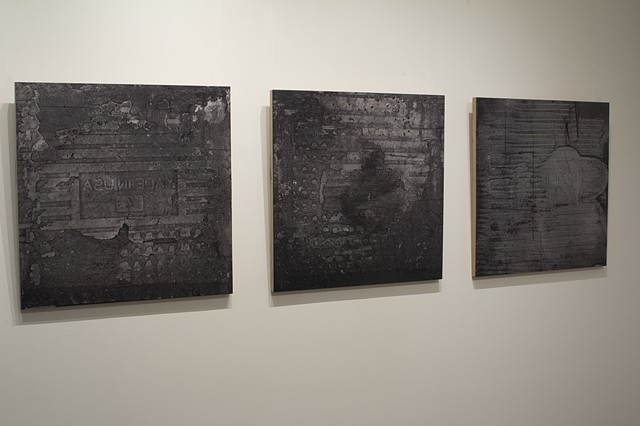 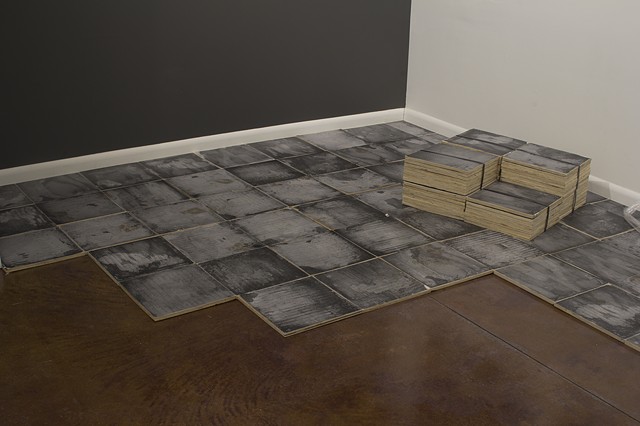 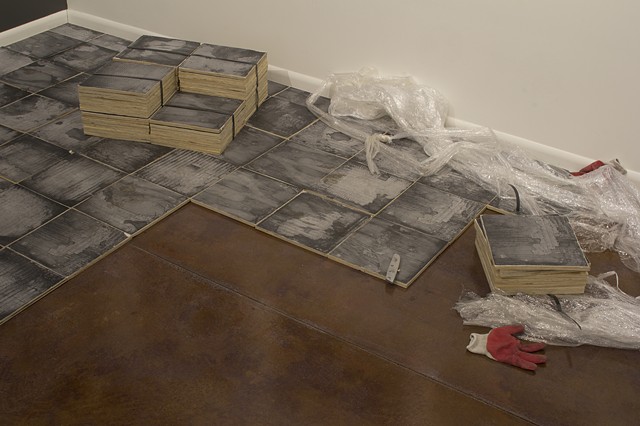 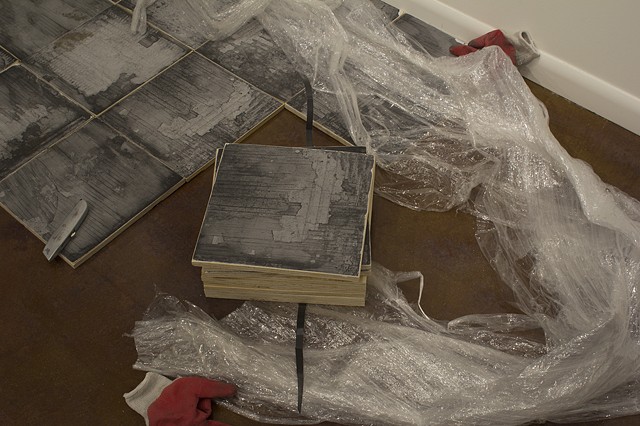 Sub/Floor is a collection of images is the entirety of a floor post demolition. The square photographs depict the space vacated by each tile that was removed from a kitchen prior to renovation. The result is a clerical inventory of this temporary juncture between obsolescence and renewal. The grid that demarcates the rooms’ footprint has been hollowed, and populated by residual adhesive and cumulative stains.

Each image in the series contains an enlarged and detailed physical description of the history of a space; memory made physical and encapsulated to quantify a temporal and speculative between state. Several of the images feature traces of language. Specifically, words can be seen in their entirety, in part, or implied within the marks inscribed in the dreg that once adhered the tiles. The backward appearance of the words results from a ‘negative’ impression imprinted by the tile. Additionally, the backward appearance references the optics of the lens, and the mediated way of looking that encapsulates the images of the past, and takes a record of one location and imposes it upon another.

Like ash, the subject of Sub/Floor comes into being only in the annihilation of another. The floor had to be destroyed in order to produce these images. These photographs examine hidden dimension of a domestic space and how these traces of language and labor that are concealed in occupancy and the resulting quotidian patterns. The present is often referred to as a cognitive illusion, as we constantly project the very short-term future based on an ever-expanding archive of memories that defines our idea of the past. The photographs serve as a means to look critically at the idea and form of the present. They suggest an elongated view of both the memorial and composite image of the past and the anticipation of a foreseeable future.