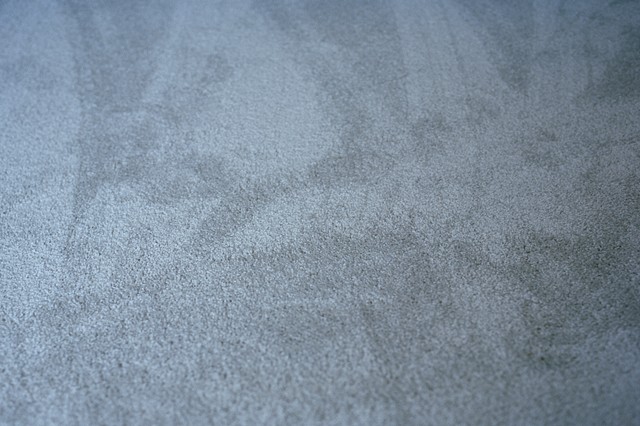 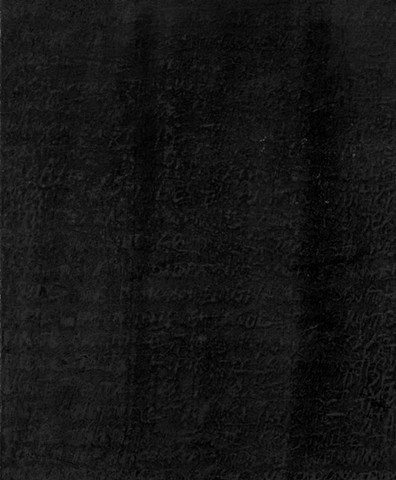 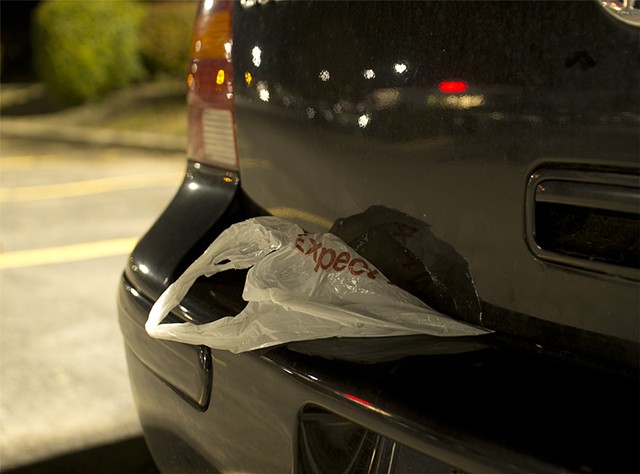 Streaks is a set of photographic works that depict carpet and the traces upon it as a residue symptomatic of human presence. Streaks #4 shows carpet that has been matted down by repetitive footsteps. The adjacent images then ascribe a transitory state to the footprints. Streaks #5 depicts the act of erasure signified by streaks left by a vacuum. Vacuum marks imply a concealed labor that covers these traces of the body with new marks, which attempt to neutralize the ground in anticipation of future occupants. The carpet can be seen as a membrane separating a past and future that remains suspended within the immediacy of the day-to-day.

The strands of carpet mimic film grain, and the state of the domestic space is disclosed by specific and directional light, which is indexed and recorded by that same light. Streaks #3 is the only piece in the series that features an orienting setting, while the other works in the series deny a grounding horizon line or context. This piece provides just enough clarity to establish a setting beyond the carpet, and causes the rest of the images to oscillate between abstraction and representation. Each piece is 8 x 12 inches, suggesting glances that can be quickly forgotten, which creates a tension between the act of looking at a photograph and forgetting what has been seen in passing.

Revisions features four photographs taken in secondary, or transitional spaces, specifically cars in parking lots. In each image some form of debris or detritus is caught in the seams of the vehicle; plastic bags, clothing, leaves, and debris that are closed in the doors, under windshield wipers, or stuck in cracked bumpers. The active presence of light defines and accentuates the reflective surfaces and pitted indentations both within and without the vehicles. Subtle narratives emerge that are characterized by time, place, light, human intervention, and language. The scale of these works is 20 x 27 inches, suggesting the life-sized view of a parked car within a parking lot, though deliberate and tight framing creates a nearly telescopic view that isolates the specificity of the situation. Reflections upon the surfaces of the cars, the textures of the bags, and leaves are visually similar to the vacuum marks on the carpet. This layering is then accentuated by the photographic process, which amplifies the glares upon the surfaces contained in the cars. The presence of horizon lines combined with the aggressively limited periphery alludes to the image as factual. The inclusion of the language “we, our,” and “expect,” then alludes to a particularity, or uniqueness of the situation depicted, despite being staged in the mundane setting of the parking lot. Once again, there is a labor that is concealed within the symbols of these photographs–that of manufacturing, packaging, and consumption. All that remains is a severed expect(ation).

The series Shallow Topographies questions the syntax of the photographic series by applying a common logic to several subsets of works that share a common affect. All of the photographic works characterize evocations of situation. The images portray something familiar, yet this familiarity is dependent upon the state and conditions under which the subject matter is depicted, specifically, that which is shown is not merely what is being depicted, but also when, how, and under what conditions they are depicted. Hence the work thereby portrays a shallow temporality where fleeting moments are captured. Conditions of light define the image but also define the means by which the image is inscribed via the (photographic) recording of light.